Barskoon and Tamga are twin Kyrgyz and Russian villages at the mouth of the Barskoon valley – which has an impressive waterfall and is a good centre for trekking and horse riding and Jeep Tour. 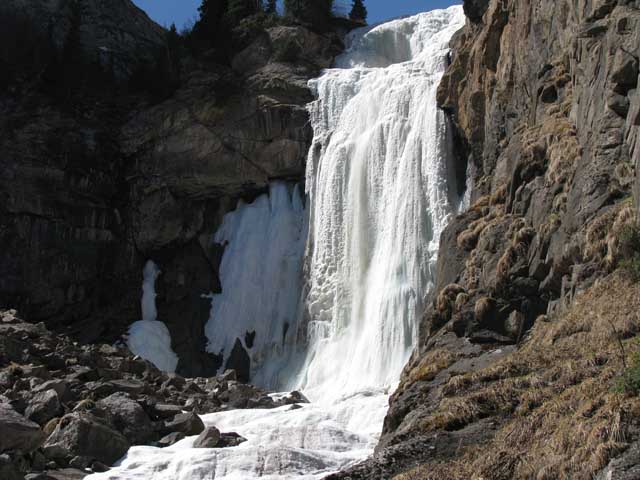 The 11th century scholar Mahumud al-Kashgari (also known as Barskhani) was a native of this area. He is best known as the author of the first Turkic languages comparative dictionary, which he wrote whilst living in Baghdad in 1072-4. His map of the then known world has Barskoon at the centre of the world. His tomb is South of Kashgar – on the road to Pakistan. 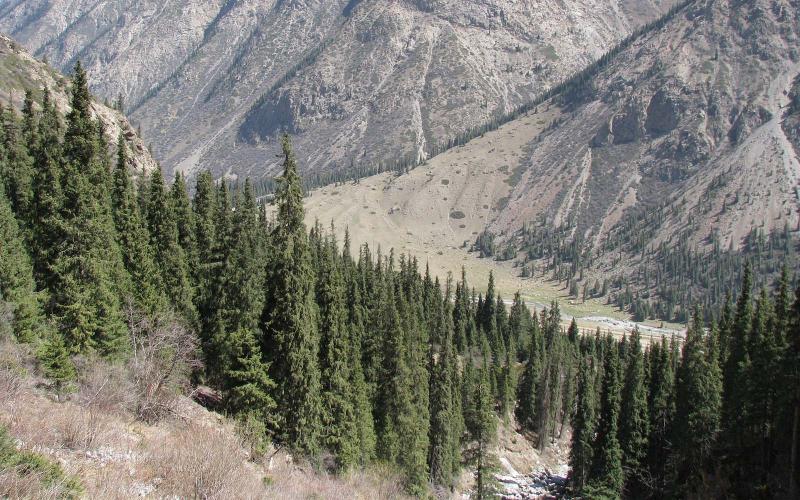 The road from Barskoon, which passes up the Barskoon valley, (the A364) used to be one of the routes of the Silk Road, passing over the Bedel Pass (4284 m) into China. It is now the main road leading to the Kumtor Gold mine – hence it is well maintained and there is a reasonable amount of traffic – including lorries making their way up to the mine and back. 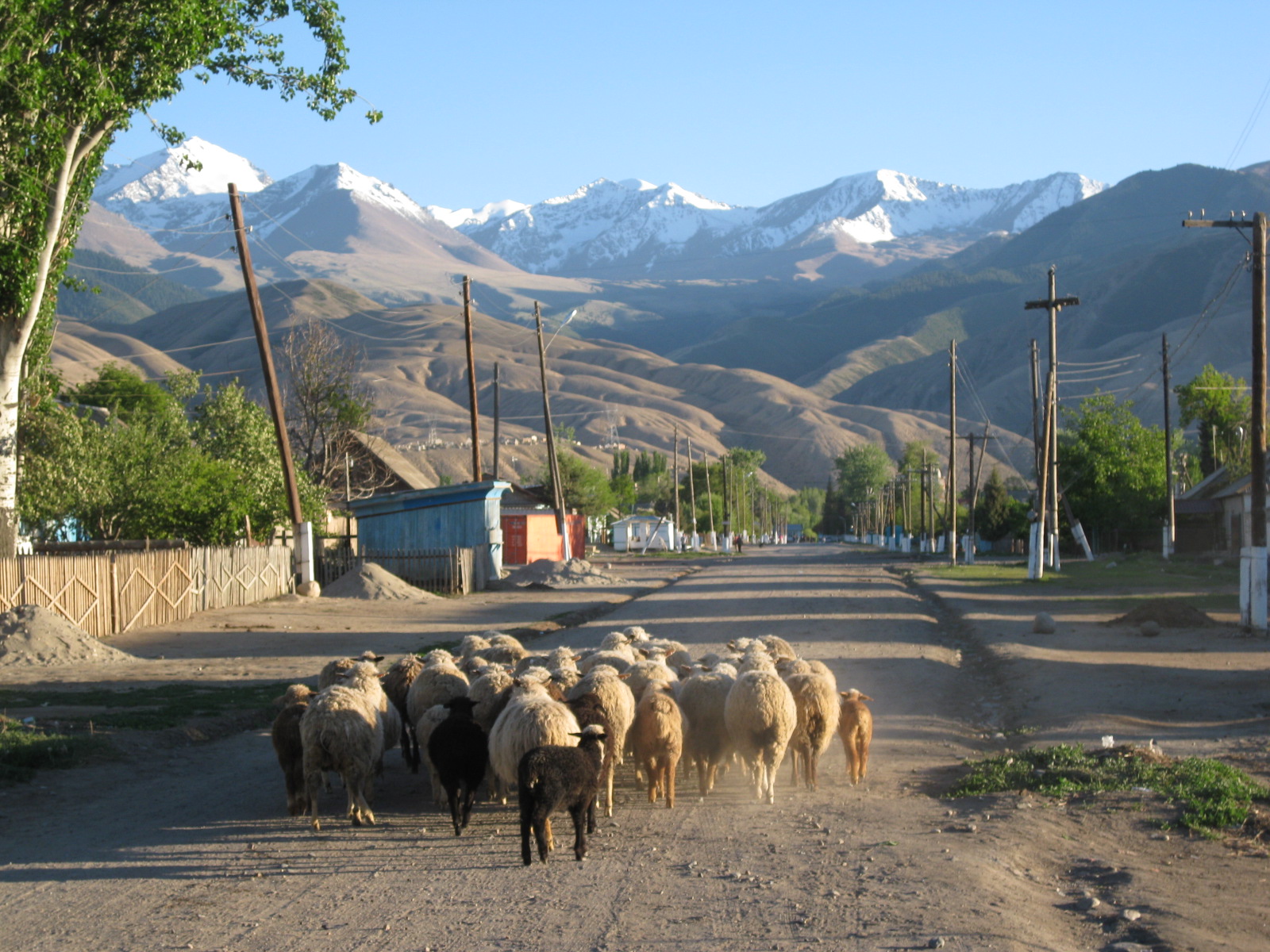 There are two interesting monuments along the road – a Soviet lorry mounted on a plinth and a bust of Yuri Gagarin, who holidayed on the South shore of Issyk Kul after his historic first manned space flight. To the South West of the village a barrow (burial mound) remains – dating from sometime between the 5th and 3rd centuries BC – measuring 20m in diameters and 2m tall. The remains of an ancient Silk Road settlement, which served travelers on the road over the Bedel Pass to China have been found in the valley, dating from the 8th to 12th centuries. 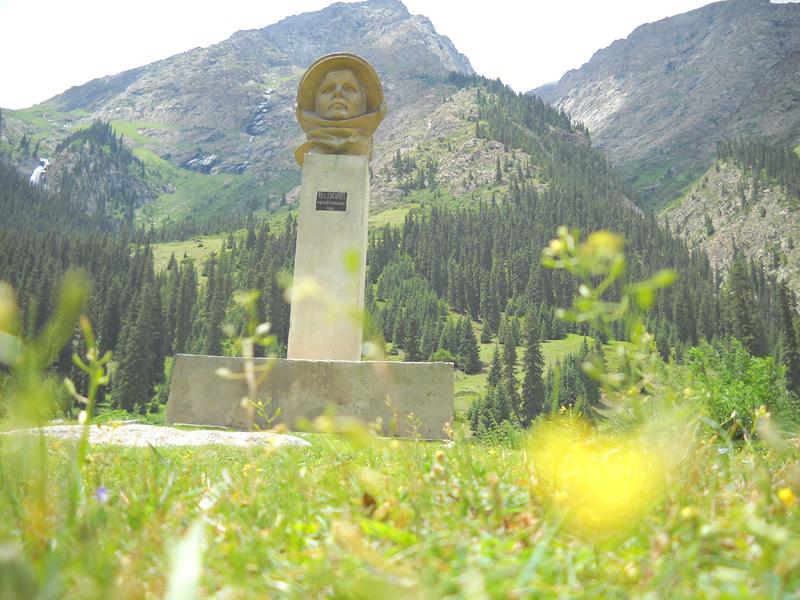 In the mountains to the East is a region known as Sytyr – an “alpine cold desert”. In Soviet times the road turned East along the upper Naryn River and looped round over the Yshtyk Pass (3689 m) to Ak Shyrak, Enilchek and eventually back to the city of Karakol. Unfortunately, some of the bridges are now down and the road, (never an easy route), is no longer passable. 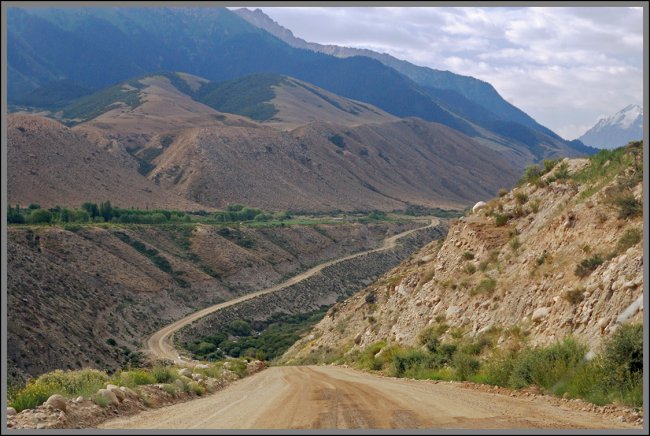